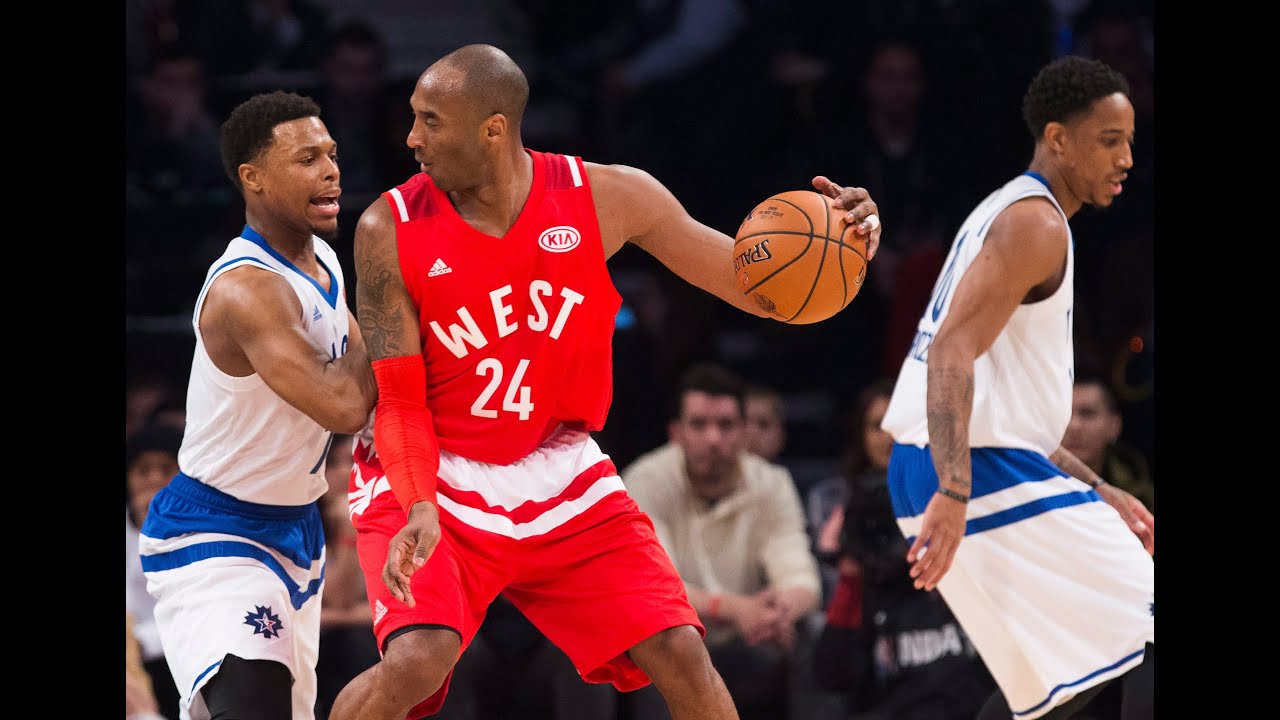 Toronto — 65th NBA All-Star Game
West 196, East 173
The Lakers are in the midst of a rebuilding season, but at least Kobe Bryant was a winner in one of the signature contests of the season.
His West team rolled up the score, helped by Russell Westbrook’s 31 points, and easily distanced itself from the East with a record-setting 196-173 victory. Most of the suspense that’s usually in All-Star Games all but disappeared in the third quarter.
Westbrook won the MVP award for the second straight season, becoming the first player to do so. Paul George led all scorers with 41 points, making nine from deep. George fell one point shy of tying Wilt Chamberlain for the single-game scoring record.
Steph Curry punctuated the game by sinking a 40-footer in the final seconds, which was symbolic of the season he’s having for the Warriors. Even with the basket, the West fell four points shy of 200.
But the 369 combined points were 48 more than last year’s All-Star record, and both clubs blew away the previous individual team record of 163.
Bryant made his 18th and final All-Star appearance after getting the fan vote to start, and the night catered to him. He was the last player introduced, received the loudest and longest applause at Air Canada Centre, and received a send-off from Magic Johnson before the game as a Kobe video tribute played. Both squads gave him a standing ovation.
Drake joined in, as the hip-hop star wore a custom-made leather All-Star jacket with Kobe patches.
And then there was West coach Greg Popovich’s personal tribute, sending Kobe out to jump center against LeBron James.
Bryant finished with 10 points, after a few playful one-on-one contests with James. The most meaningful line from Kobe is that he played the most minutes on the West. He received a standing ovation when he left the game with 1:06 left.
The game was the first in Canada and during a break the league honored Jim Naismith, the grandson of basketball founder James Naismith, a native of Canada.