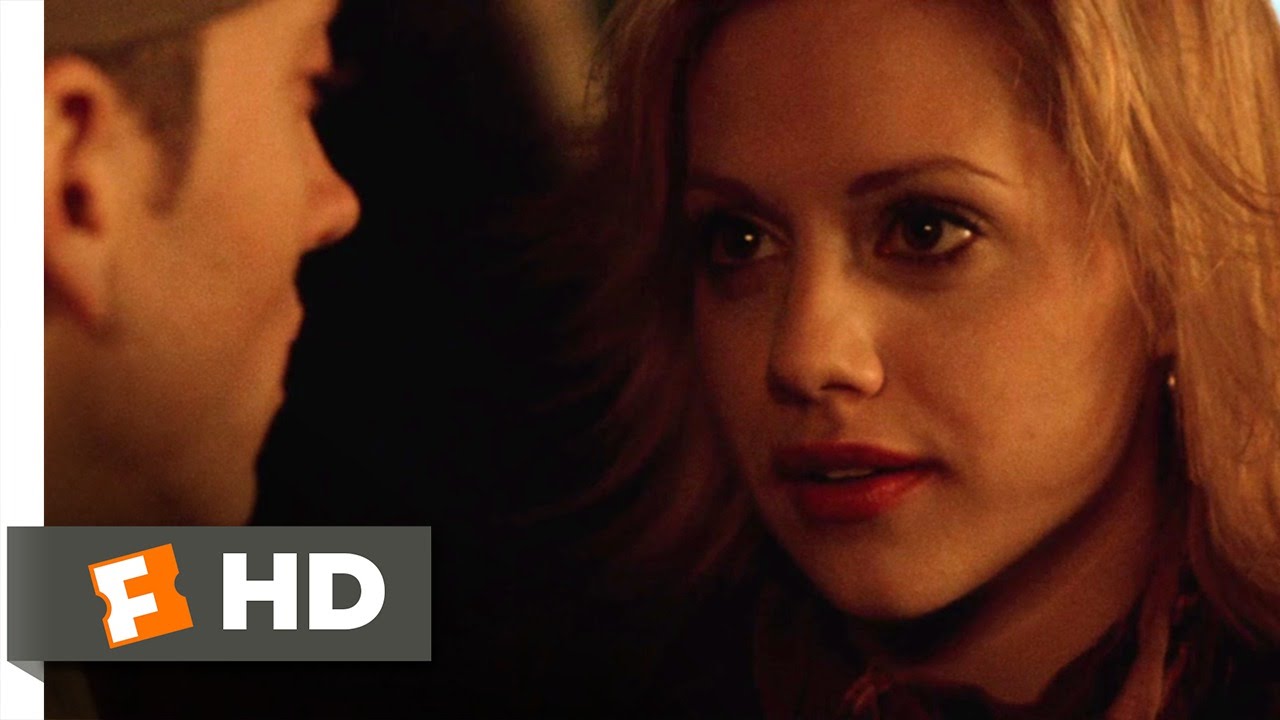 CLIP DESCRIPTION:
While B-Rabbit’s (Eminem) friends burn down an abandoned house, Alex (Brittany Murphy) shares her belief in him.

FILM DESCRIPTION:
Controversial rap star Eminem makes his acting debut in this hard-edged urban drama, inspired in part by incidents from the musician’s own life. Jimmy Smith (Eminem), known to his friends as Rabbit, is a young man trying to make his way out of the burned-out shell of inner-city Detroit. Rabbit’s entire life has been a hard climb, and it certainly hasn’t gotten any easier lately; Rabbit has just been dumped by his girlfriend, forcing him to move back in with his emotionally unstable mother, Stephanie (Kim Basinger), and he’s getting along especially poorly with Stephanie’s new boyfriend. Rabbit has a factory job that’s tough, demeaning, and doesn’t pay especially well, and he’s convinced his skills as a rapper are his only real hope at a better life. Rabbit makes music with a crew of DJ’s and MC’s who call themselves Three One Third, among them his close friend Future (Mekhi Phifer), but his status as a white kid making music in a predominantly African-American community and culture is extremely intimidating, and after Rabbit freezes up in the midst of an MC battle, he’s convinced he’s missed his chance and that he’s doomed to lead a marginal life as a factory rat for the rest of his days. With the help of his friends, and his new girlfriend Alex (Brittany Murphy), Rabbit struggles to work up the courage and the confidence to take one more shot at making his dream a reality. 8 Mile was shot on location in Detroit; the name refers to 8 Mile Road, a thoroughfare along the city’s perimeter which effectively separates the middle-class suburban neighborhoods from the lower-class inner-city.

WHO ARE WE?
The MOVIECLIPS channel is the largest collection of licensed movie clips on the web. Here you will find unforgettable moments, scenes and lines from all your favorite films. Made by movie fans, for movie fans.